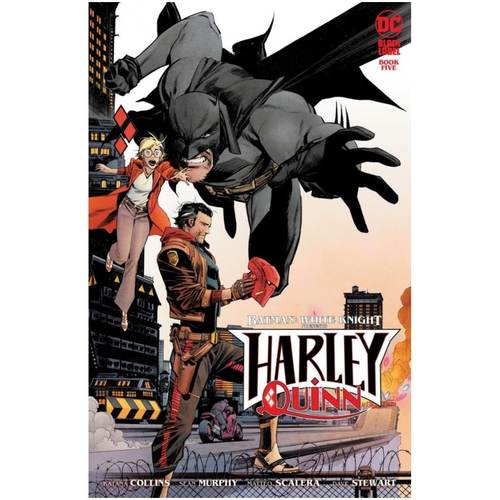 The Producer’s scheme is in motion, and the GTO is on high alert as Gotham’s hope of a peaceful new horizon begins to collapse. Rattled and recovering from a close encounter with Starlet, Harley examines whether her complicated past with villainy is a burden or a boon to her new identity. She weighs two final options: break all ties and retire to a quiet life, or embrace the chaos, risk, and responsibility of protecting the people and the place that created her. The choice itself may be fantasy, as a targeted attack on Harley ends in tragedy and drives Bruce to a reckless decision that could extend his prison sentence indefinitely. BATMAN BEYOND #47 CVR A DAN MORA