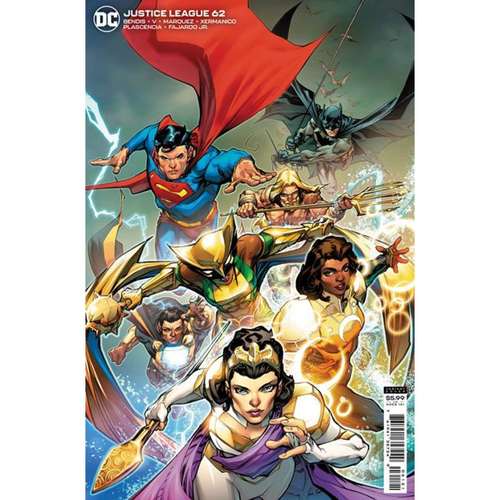 The Justice League! The biggest heroes! The biggest threats! With their powers out of control and trapped on a world they do not understand, the League must band together like never before. Queen Hippolyta is forced to confront her new destiny. All this and a last page so shocking that it will have fans of Naomi screaming! Meanwhile, in our bonus story, the Justice League Dark are trapped in the Library of Babel, where they are learning the hard way that the pen is mightier than their swords. Elsewhere, Merlin sets his sights on a lost city that hides the key to his violent delights. Could this mean a violent end for all?