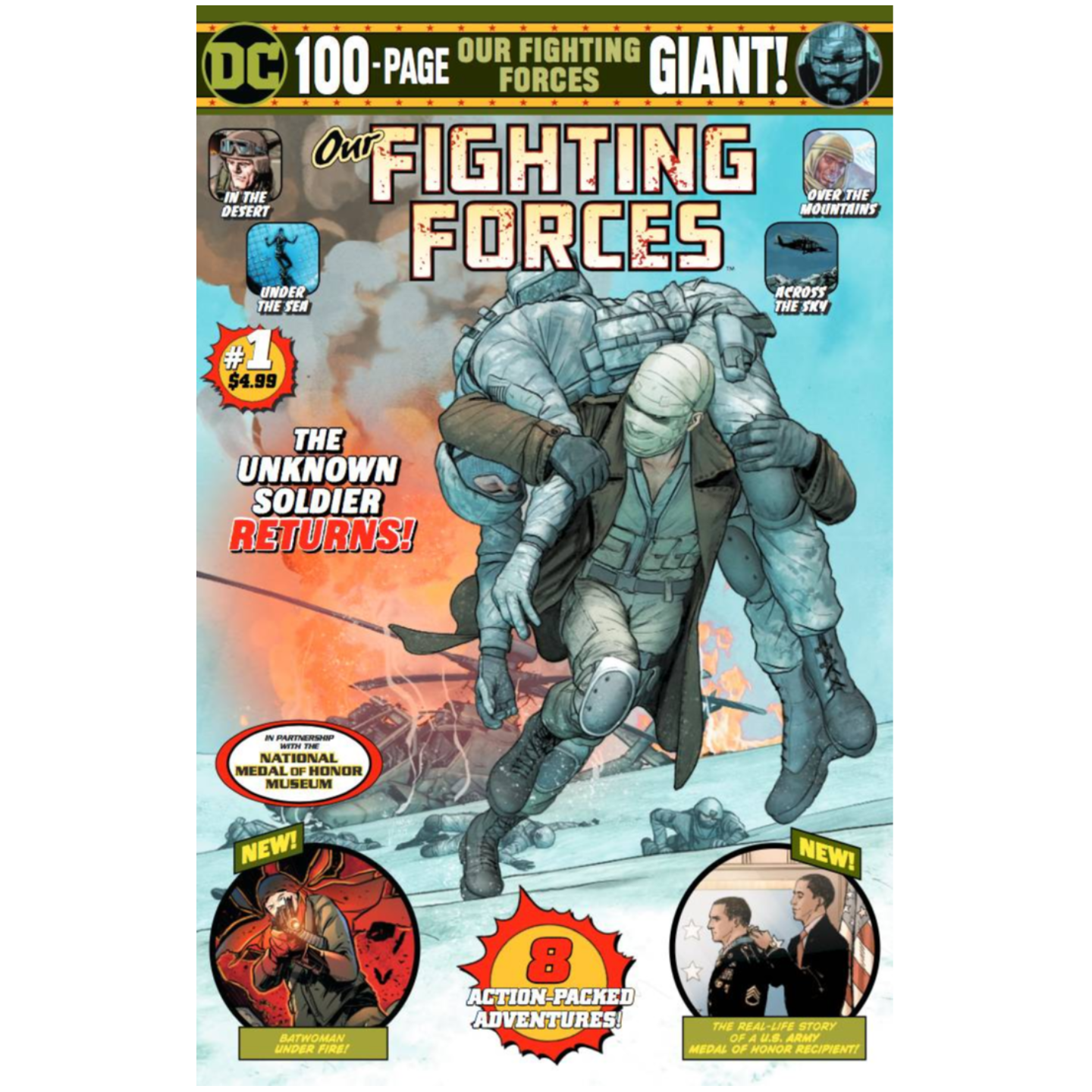 This issue includes these new stories: o "Medal of Honor," an 8-page story featuring Batman written by Sal Giunta and Brad Meltzer with art by Jim Lee and Scott Williams To save a friend from seemingly insurmountable odds, the Dark Knight Detective my summon every ounce of his skill and bravery! This tale is based on the true story of U.S. Army Specialist Salvatore A. Giunta, who was awarded the Medal of Honor for his service in Afghanistan-the first living soldier to receive that honor during the Global War on Terrorism. o "House Call," a 16-page story featuring the Unknown Soldier written by Christopher Priest with art by Christopher Mooneyham A cable news reporter with a mysterious U.S. Army tactical unit tries to figure out which one of the team's members is the immortal covert operative code-named the Unknown Solder-and discovers much more than she bargained for! o "Code of Honor," an 8-page story featuring Batwoman written by Larry Hama with art by Mirko Colak Katherine Kane has worked hard to establish herself as one of Gotham's most intelligent and strategically cunning vigilantes. But before she was Batwoman, she was as West Point cadet-and when she gets drafted into a covert missiong as brigade XO, she'll need every bit of training that the Army gave her! o New cover by Mikel Jan n Plus, these reprint tales: o "Frozen," from Men of War #4 (2012) o "Knife Fight!," from Men of War #5 (2012) o "A Last, Full Measure," from Men of War #6 (2012) o "Remembering the Leopard," from Men of War #7 (2012) o "Survival Mode," from Men of War #7 (2012) 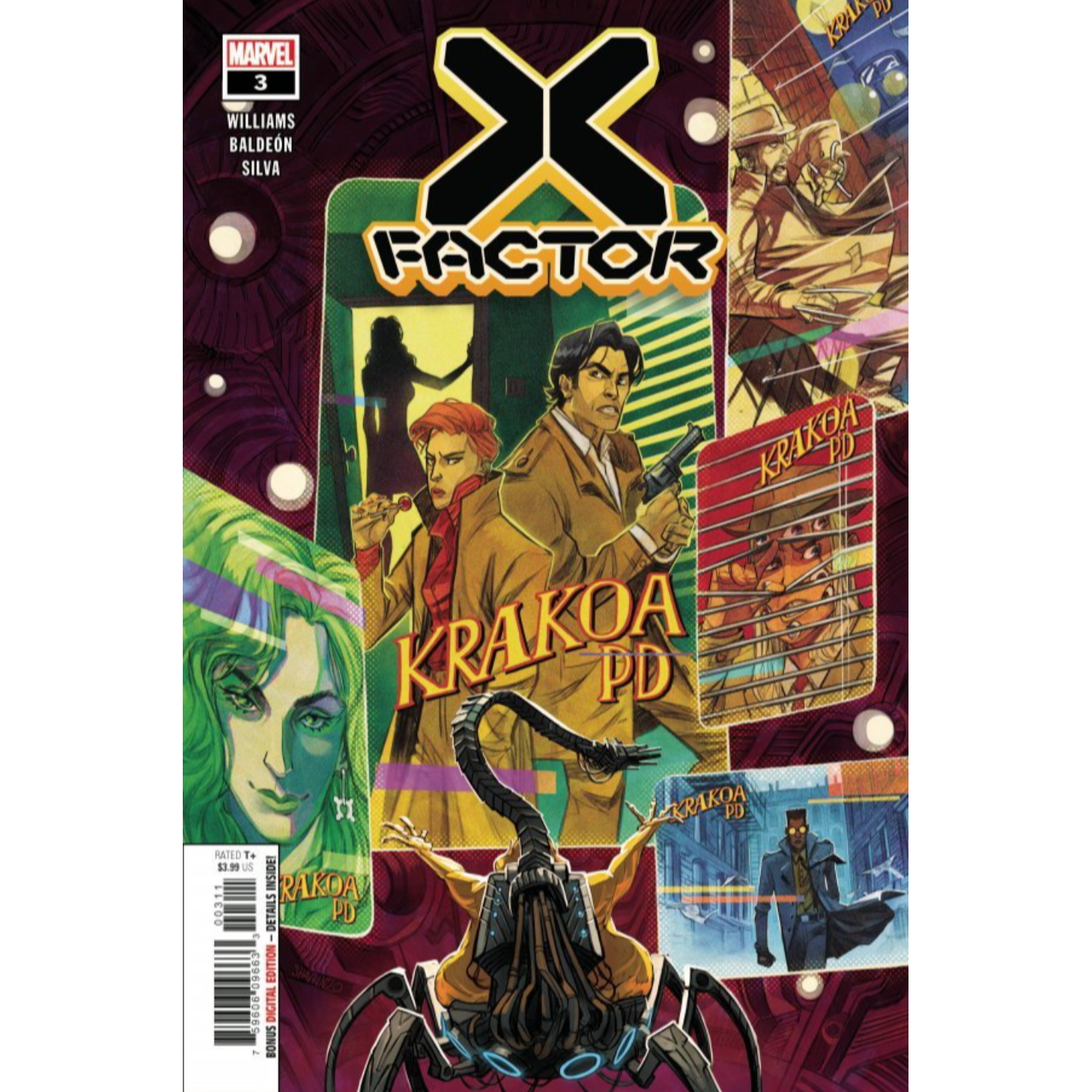 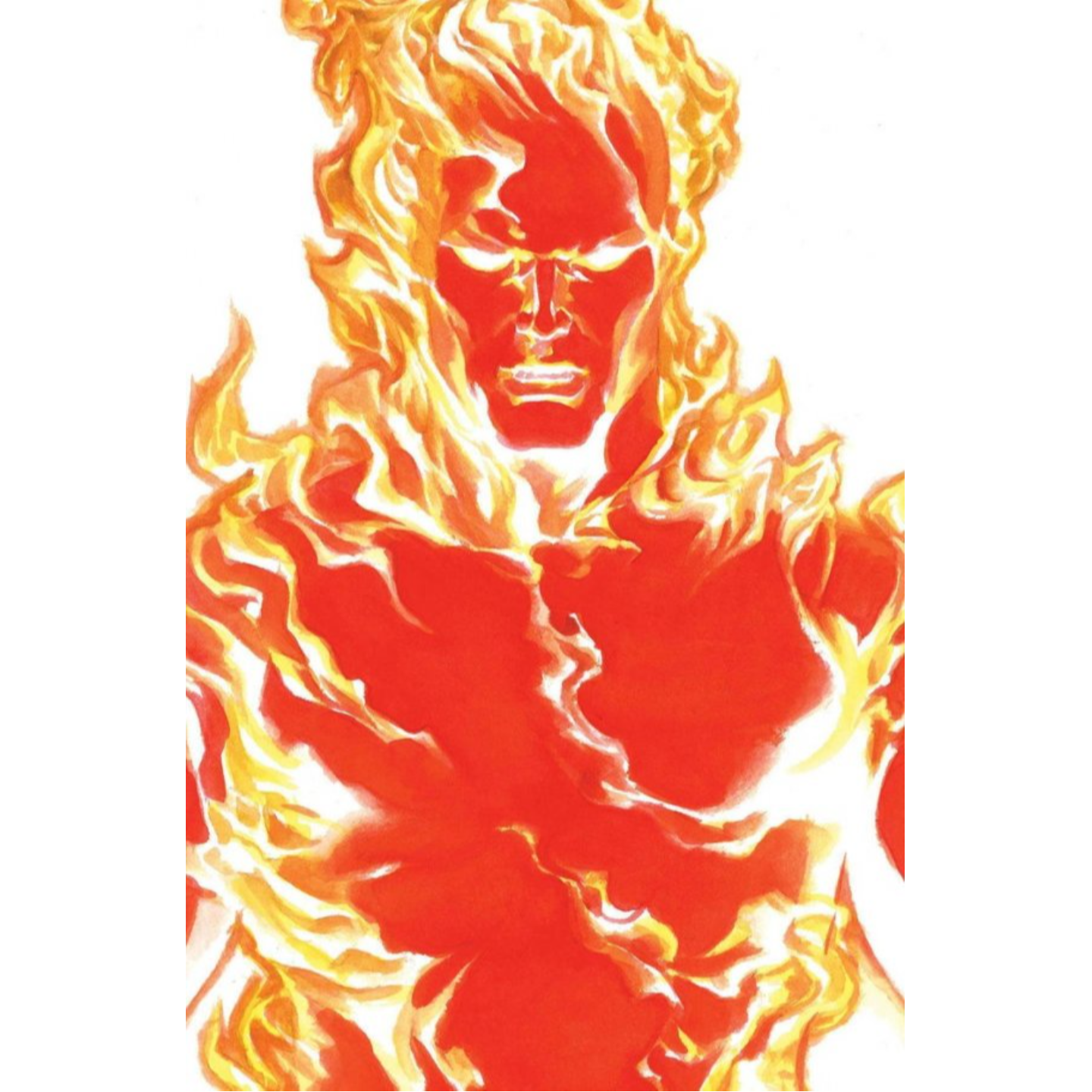 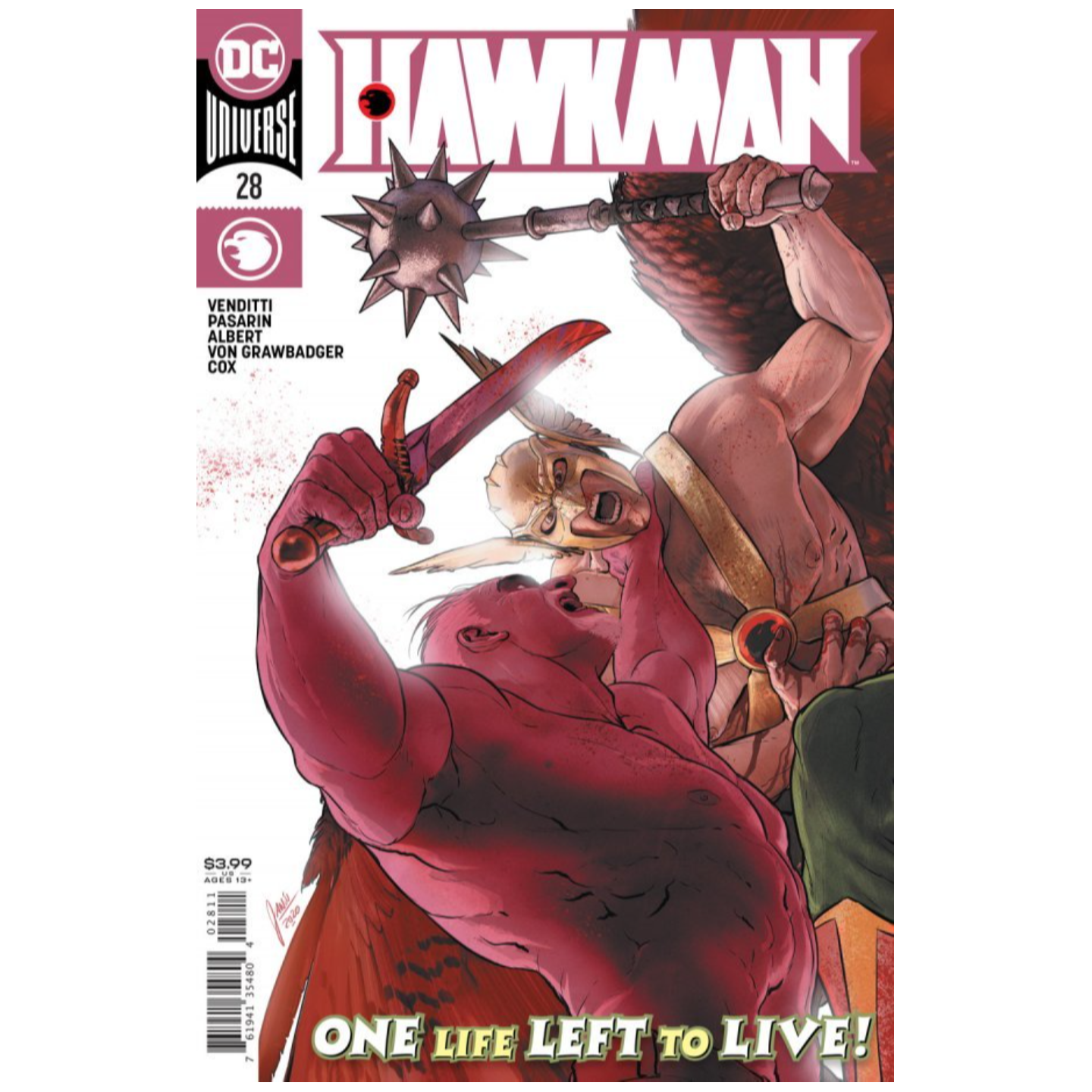